Cities in the Philippines aren’t as busy and bustling as that of Metro Manila and Metro Cebu where traffic can be a headache, and there’s literally concrete and metal jungles everywhere. Many of the countries cities are in fact, more laidback and relaxed that you wouldn’t think of them as cities, but sleepy towns where you can enjoy both worlds – conveniences of a city and calm atmosphere of a countryside. 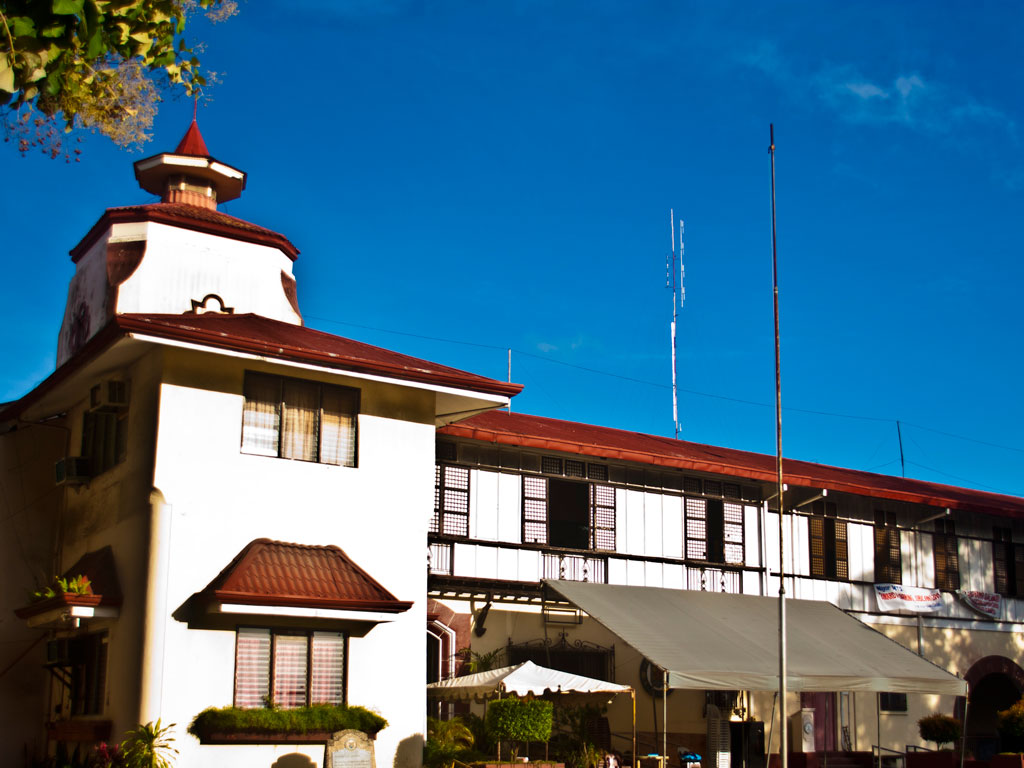 Dumaguete City is aptly called the “City of Gentle People” mainly because of its laidback charm and friendly constituents. There are only a handful of shopping centers and large establishments in the city. Numerous tricycles and trisikads roam the city streets, signaling the barrio-style mode of transportation. Dumaguete is famous for its Silliman Hall, the oldest standing American structure in the country, as well as for its seaside Rizal Boulevard and the famous Sans Rival Restaurant at the heart of the city. 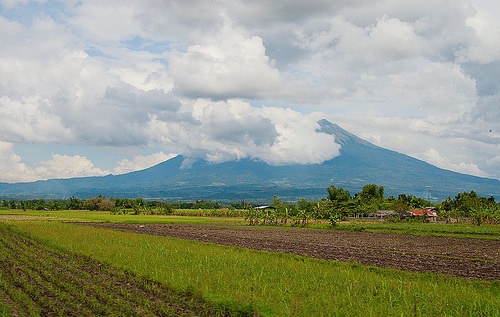 Home to the highest peak in the province, Kanlaon Volcano, Canlaon City is as laidback and basic as the remotest town there is. There are no banks, no ATMs, no shopping malls, no large establishments. What made Canlaon a city was allegedly a pact between former President Marcos and a local political figure. Aside from the majestic Kanlaon Volcano frequently visited by climbers and tourists, Canlaon City is famous for its century-old Banyan Tree and the hilly farmlands that produce various vegetables and crops. 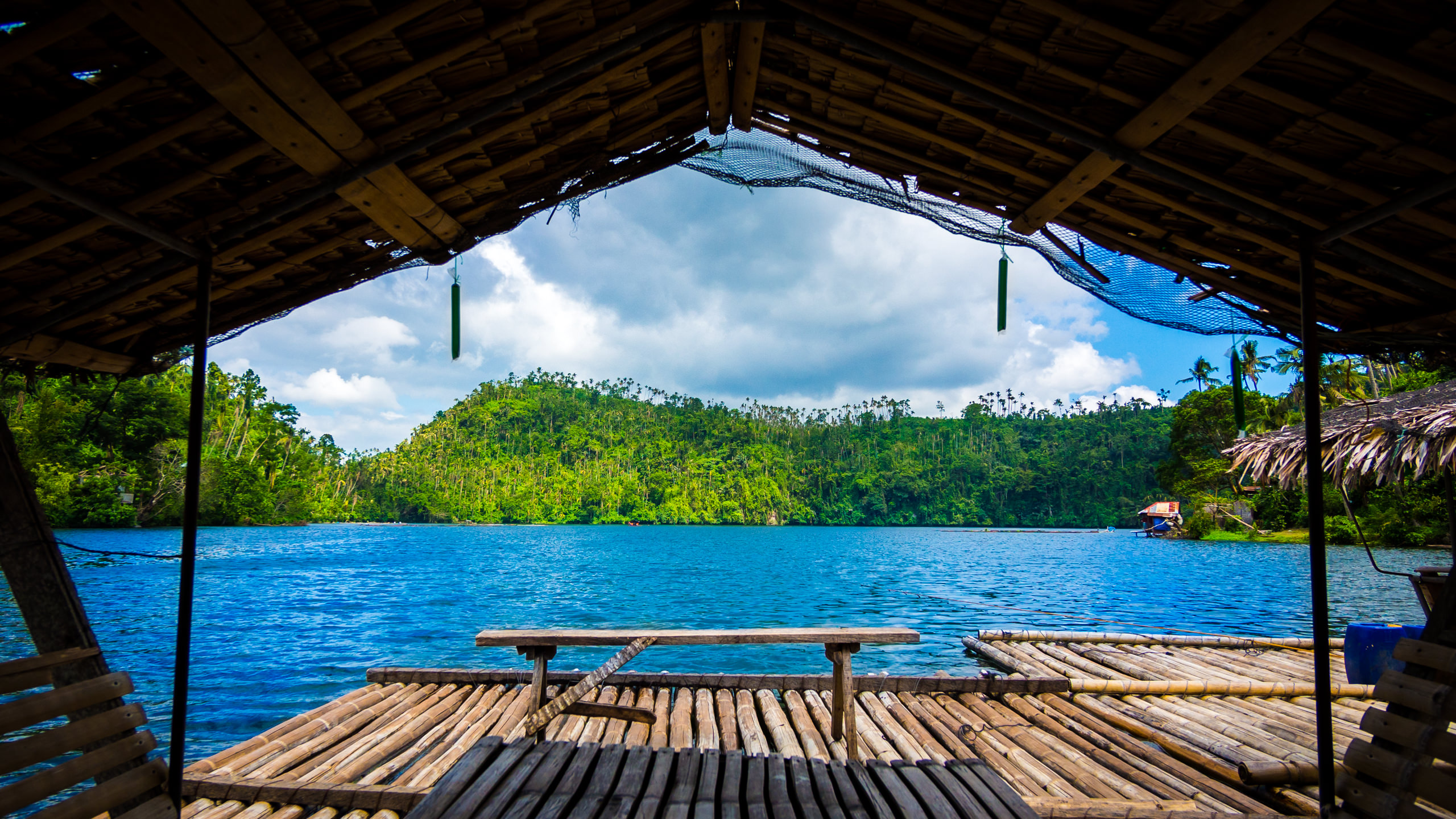 San Pablo is dubbed as the “City of Seven Lakes” because of the seven bodies of water found there. San Pablo is blessed with a relatively cool climate owed to the many lakes in the area, and the three mountains surrounding it – Mount Banahaw, Mount Makiling, and Sierra Madre. It is heavy on agriculture producing fruits like coconut, lanzones, and rambutan. San Pablo remained largely a residential city while its neighboring cities are experiencing rapid economic development. 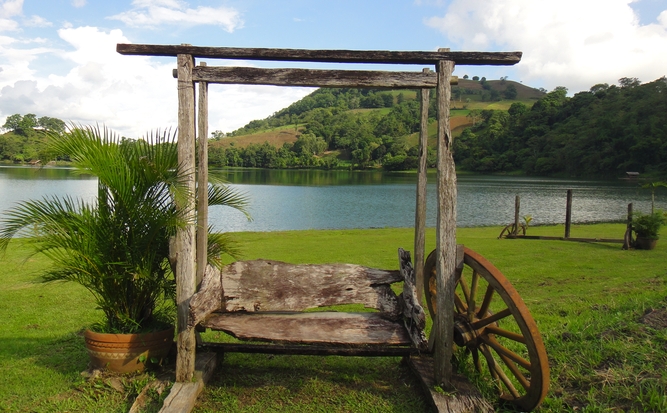 Valencia became a city in January 2001, so it’s pretty much a baby cityhood wise. It was formerly part of Malaybalay City, the capital of Bukidnon. It is located in the middle of the province of Bukidnon, which is virtually in the center of Mindanao. There are no seaports or airports there, so those who want to visit Valencia have to start from neighboring Cagayan de Oro City. Valencia is famous for Lake Apo, a crater lake, and Kasanayan Cave, one of the cleanest inland bodies of water in the country. Bayugan is the “Cutflower Capital” of Agusan del Sur, and is the only city in the province. Although it’s expected to be the center of commerce and enterprise in the entire province, Bayugan remains a laidback city with very few commercial activities going on. Bayugan’s relaxing and safe haven atmosphere is mainly due to its cool climate conducive to cut flower farming, as well as its geographic location being below the typhoon belt. Bayugan is heavy on agriculture, and is likewise famous for its Rotunda, the widest in Mindanao, its waterfalls, cold springs and caves. 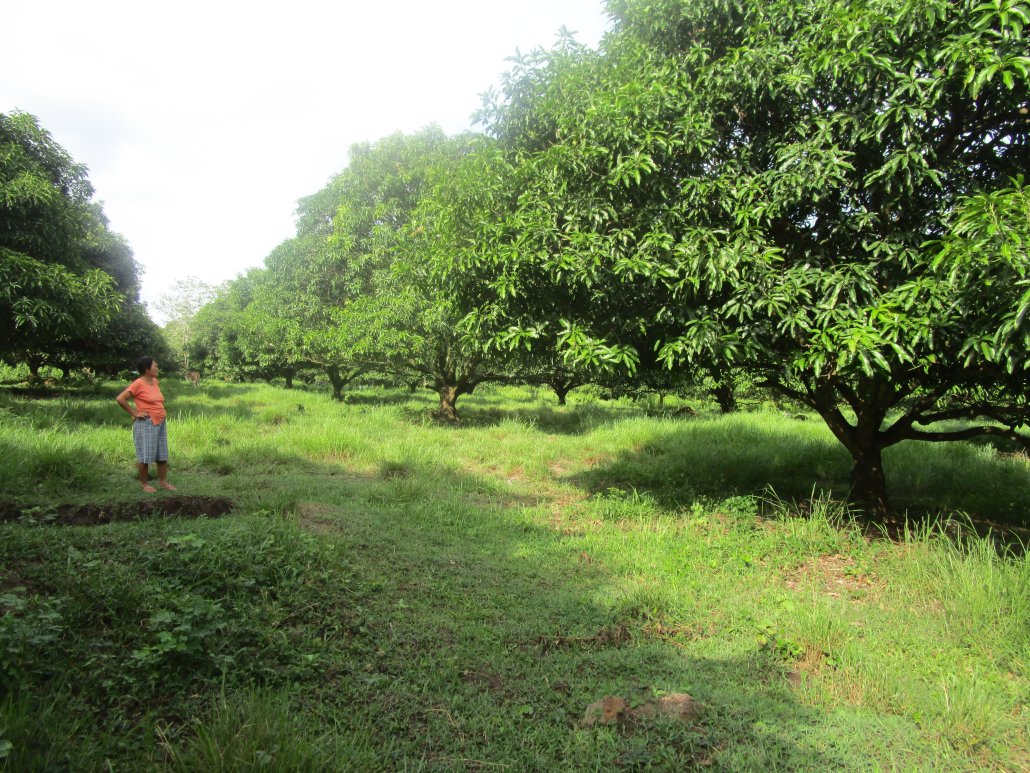 Digos is one of the lesser known cities in the country, however, it is famous for its Caraboa Mango, which made Digos into the “Mango Capital City of the Philippines.” It is also endearingly called “The Gate City Of The South” due to its location. Digos is another jump off point for those who like alternative route going up the famous Mount Apo, the highest peak in the country. One third of Digos is dedicated to farming, producing mainly sugarcane, banana, rice and corn. 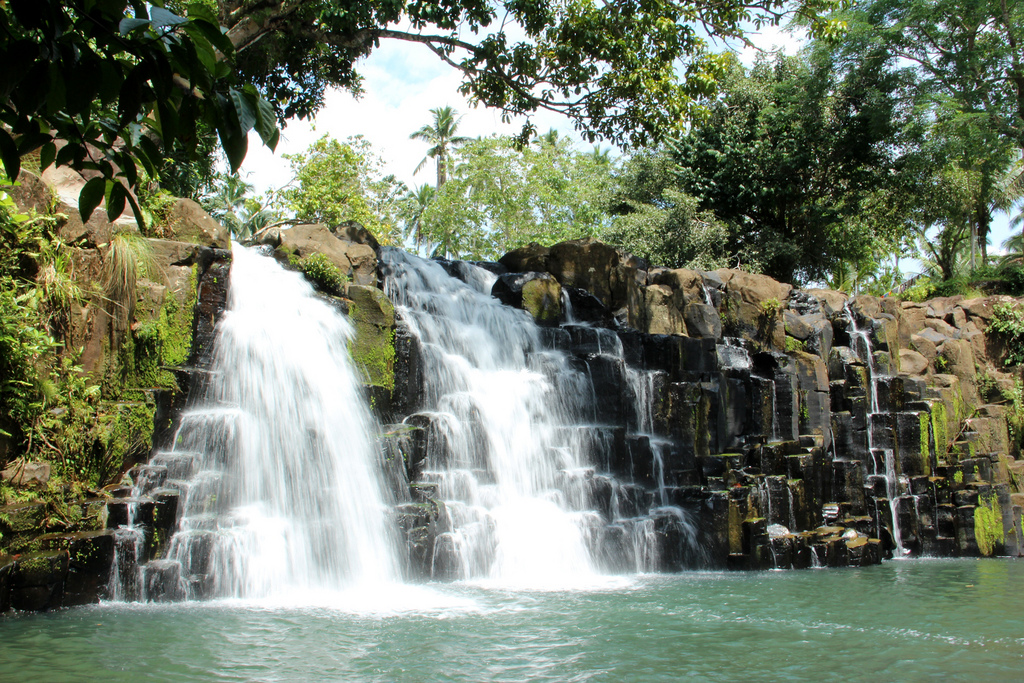 Lamitan is one of two cities in the Province of Basilan in Mindanao. Although it became a city almost two decades ago, Lamitan remains deprived of economic growth owed to its location, and the threat of terrorism and civil unrest. Interestingly, Lamitan and the entire Basilan Province have English for its official language, with Yakan and Zamboangueño Chavacano as local dialects. It is one of the poorest cities in the country, so when you visit Lamitan, everything is very basic. Lamitan, has some of the most beautiful and unspoiled landscapes, so if you’re brave enough visit its waterfalls, islands and beaches. 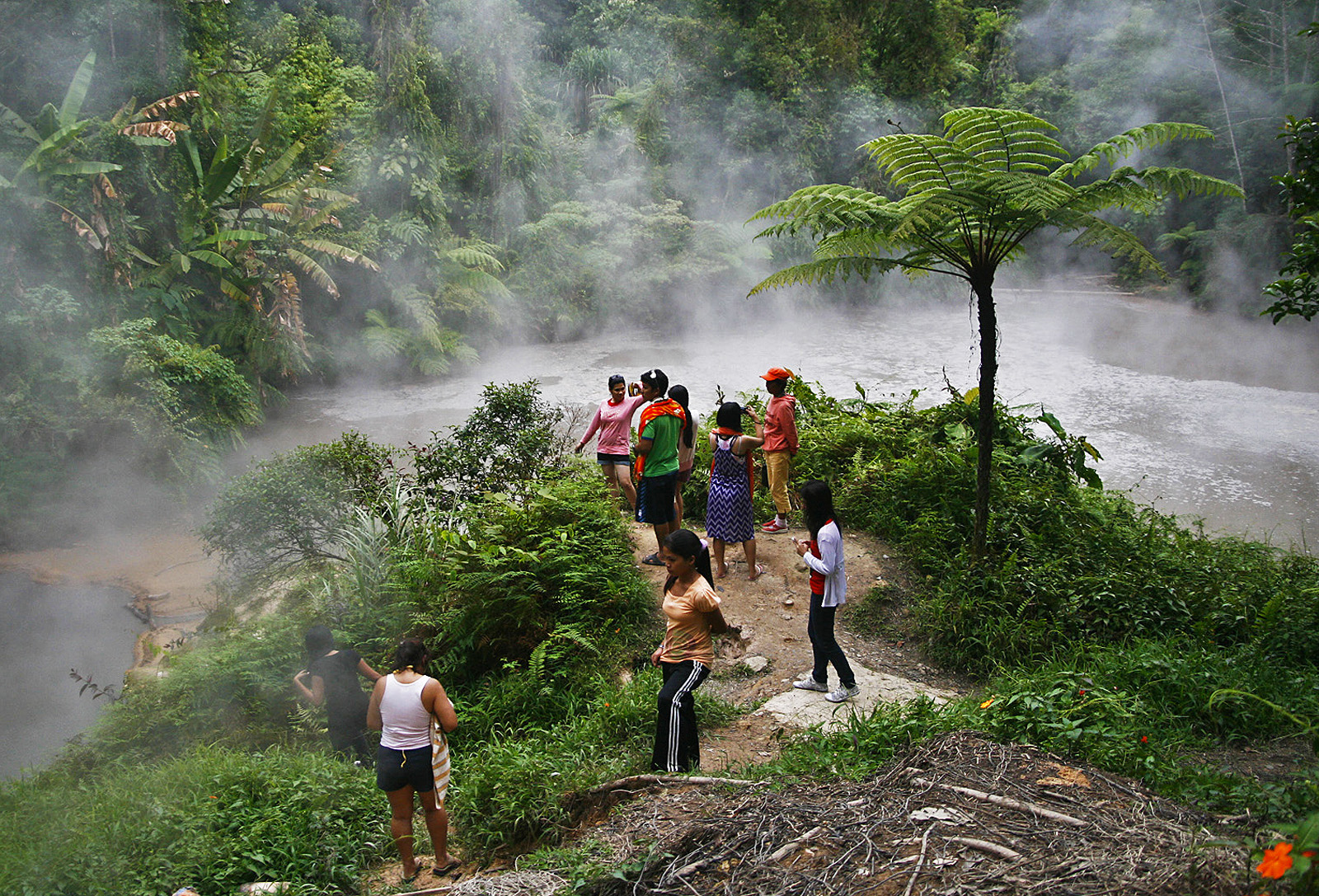 MYSTIC LAKE. Local tourists are mystified over the steam surfacing from Lake Agco in Barangay Ilomavis in Kidapawan City. Bathing in Lake Agco is said to have therapeutic benefits. MindaNews photo by Ruby Thursday More

Located at the very foot of Mount Apo, Kidapawan is the main jump off for all those who want to scale the majestic peak. The city is outside the typhoon belt, but is battered by terrorism threats. Hence, there isn’t much progress in the city. Despite being the commercial and trading hub in the area, Kidapawan is dominantly agricultural heavy on the cultivation of cut flowers, orchids, rambutan, banana, mangosteen, marang, and durian. Aside from Mount Apo, other attractions in the city include Marbel River and Falls, Mawig Falls, Lake Agco Hotspring.

Iriga is a less popular city in CamSur, the “Wakeboarding Capital of the Philippines.” It has a few shopping centers, but no larger than popular shopping malls such as SM and Robinsons. There are a few universities and colleges in the city, as well as banks, but the commercial activities remain somewhat slow. For this reason, Iriga is acknowledged as the Cleanest and Greenest City in the region. Iriga’s main attractions include its Japanese themed park, waterfalls, springs, and several resorts. 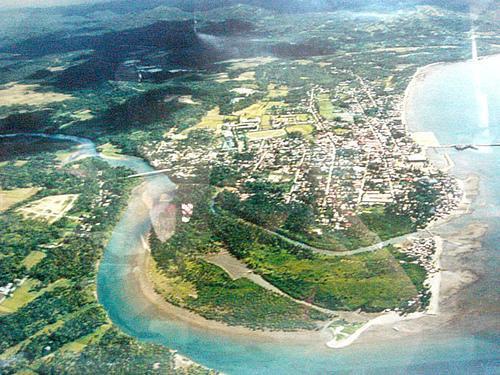 When you say Leyte, people usually think of Ormoc, Tacloban or Maasin. But it’s more than just a route stop, Baybay actually is a great place to hang out with the highly vegetated mountains on one side and the abundant sea on the other. Baybay is famous for its very expansive university – Visayas State University, formerly Leyte State University or Visayas College of Agriculture (VISCA) – the only university in the Visayas officially recognized as a tourist site.

So when you feel like going to some place relaxing without having to go super rural, take inspiration from this list. You might know of other cities with rural feel to them, please take the time to share them with us. Who knows – it could be our next domestic travel destination!