Self Defense – 10 Reasons to Learn Arrnis

Learning self defense is one of the best way to keep yourself safe. Instead of learning kung fu or some other foreign martial art, consider learning our very own art of arnis.

Arnis, also called Kali and Eskrima, is a traditional martial art that uses sticks, bladed weapons, knives, and improvised weapons when fighting. It also includes hand-to-hand combat, grappling, joint locks, and weapon disarming techniques. Although the art has an emphasis on weapons, some schools focus on hand-to-hand combat.

Whether it’s for self defense or to learn more about our history, here are 10 reasons why you should learn arnis. 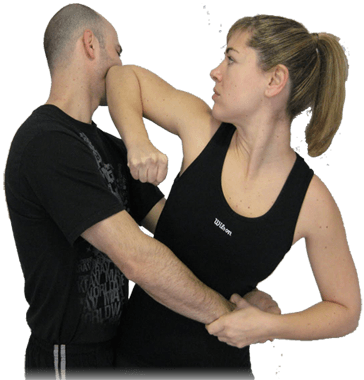 Many of us still believe that Sipa, which is a game similar to volleyball only that it uses the feet instead of the hands, is the national sport of the Philippines. However, arnis was recently declared as the national sport on the 11th of December 2009 through the Republic Act No. 9850 authored by South Cotabato Rep. Arthur Pingoy Jr. It’s also a consolidation to Senate Bill No. 1424 authored by Majority leader Juan Miguel Zubiri, who himself has trained in arnis. Under the law, arnis will be a mandatory course or subject in all schools in the country unlike before when arnis was only offered in a few schools as an elective physical education subject. It also institutionalizes arnis as a regular event in the annual Palarong Pambansa. 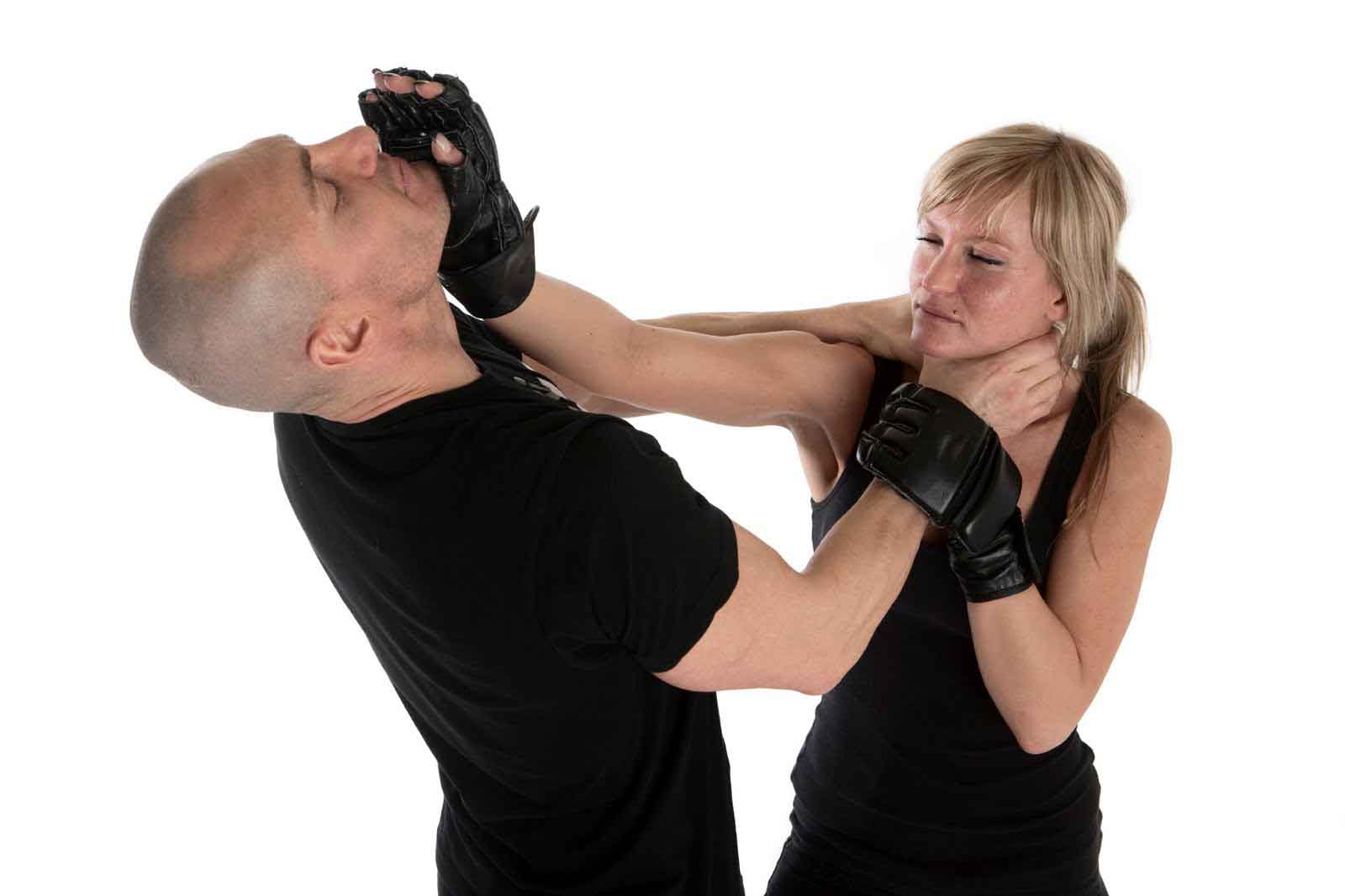 Your Hands and Sticks As Weapons

Who would have thought you’d look badass enough just by using sticks to defend yourself. Arnis really is a simple martial art. As arnis was an art usually practiced by the peasant or commoner class, expensive swords and weapons were not that accessible. Instead, we see the ingenuity and practically of Filipinos in this art. When learning it, you are only given a pair of rattan sticks to beguine with. This serves as an extension to your arms to give you more range. It also teaches you that almost anything can be used as a weapon. As mentioned, some eskrima schools concentrate more on hand-to-hand combat, teaching you that you can take on an opponent with just your bare hands. 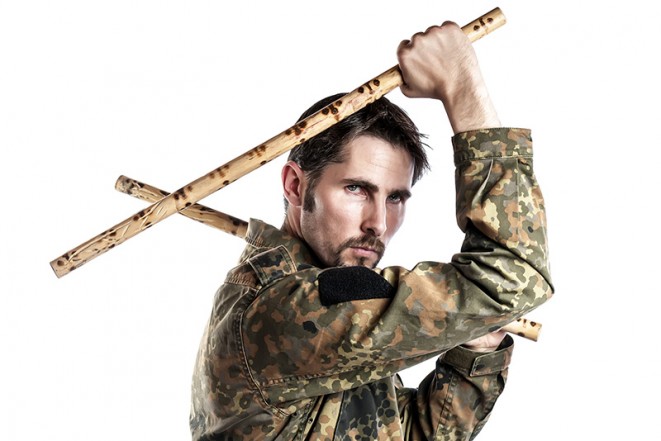 It’s A Practical Way of Defending Ourselves

Unlike a gun, you won’t need to get a permit to carry around arnis sticks or stash them in your car. If you want to get really fancy, there are retractable self defense sticks that you can buy from weapon shops or online which you can carry around with you. You also won’t be spending thousands of pesos on pepper spray or a taser. You just need your hands, an some sticks. Arnis classes are not that expensive. Because it’s becoming more and more popular these days, different arnis schools are opening up and gyms are even integrating arnis to their list of classes. You can also go to your local sports complex and ask if they are offering arnis classes. 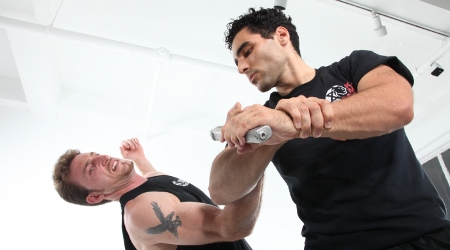 You can apply what you learn in arnis when disarming someone. most crimes here in the Philippines involve some kind of weapon (ether a gun or a knife). It’s a huge disadvantage in your end, even when you’re good at punching and kicking, if you don’t know how to disarm someone. With arnis, you are taught that you can “defang the snake” by concentrating on the person’s forearm and hand, as well as strikes to vulnerable areas like eyes, nose, throat, groin, and solar plexus. You disarm them of their weapons, and you also leave damage. Once you can easily disarm someone, defending yourself will be a breeze. 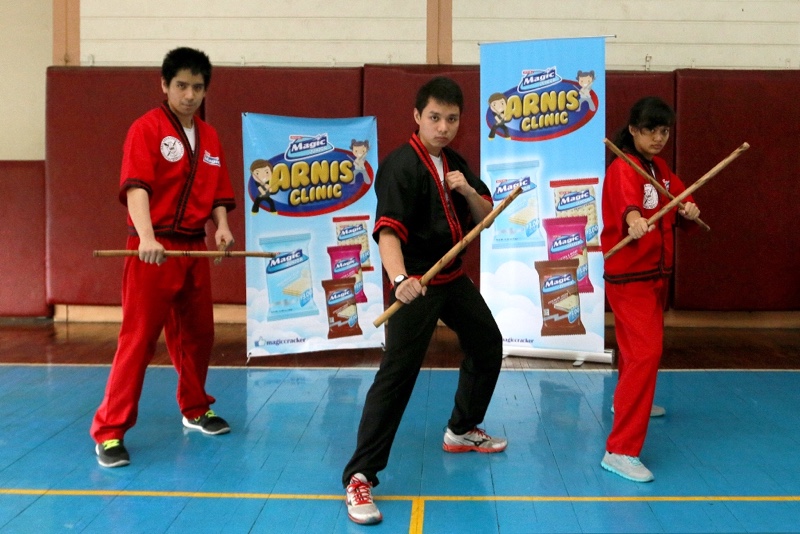 Practicing arnis, you get to meet a lot of new people and socialize. Since it’s gaining a lot of popularity, more and more people want to enroll in arnis schools and classes. So don’t worry. You’re not going to end up in a room filled with kids learning how to use batons. You’ll likely be in a small class, taught by a master, and you’ll end up bonding with your classmates. Most eskrima schools not only teach the art itself, but they also pass on the value of respect and family to their students. Everyone gets to bond while learning martial arts at the same time. Also, you will at some point have a sparring session with someone. An arnis class is a great way to get social and talk to people, just don’t do it in the middle of a sparring session.

Arnis is not just about drills and making sure you hit your partner’s baton. The drills are there so you could get use to the attack and counter-attack movements. During sparing, or in real-life settings where you will need to defend yourself, the techniques also need wits. It’s not just raw force and twirling the sticks, there’s finesse and technical aspects which require creativity. You have to think fast and be creative when attacking and blocking, which really boils down to how imaginative you can be when combining the movements. 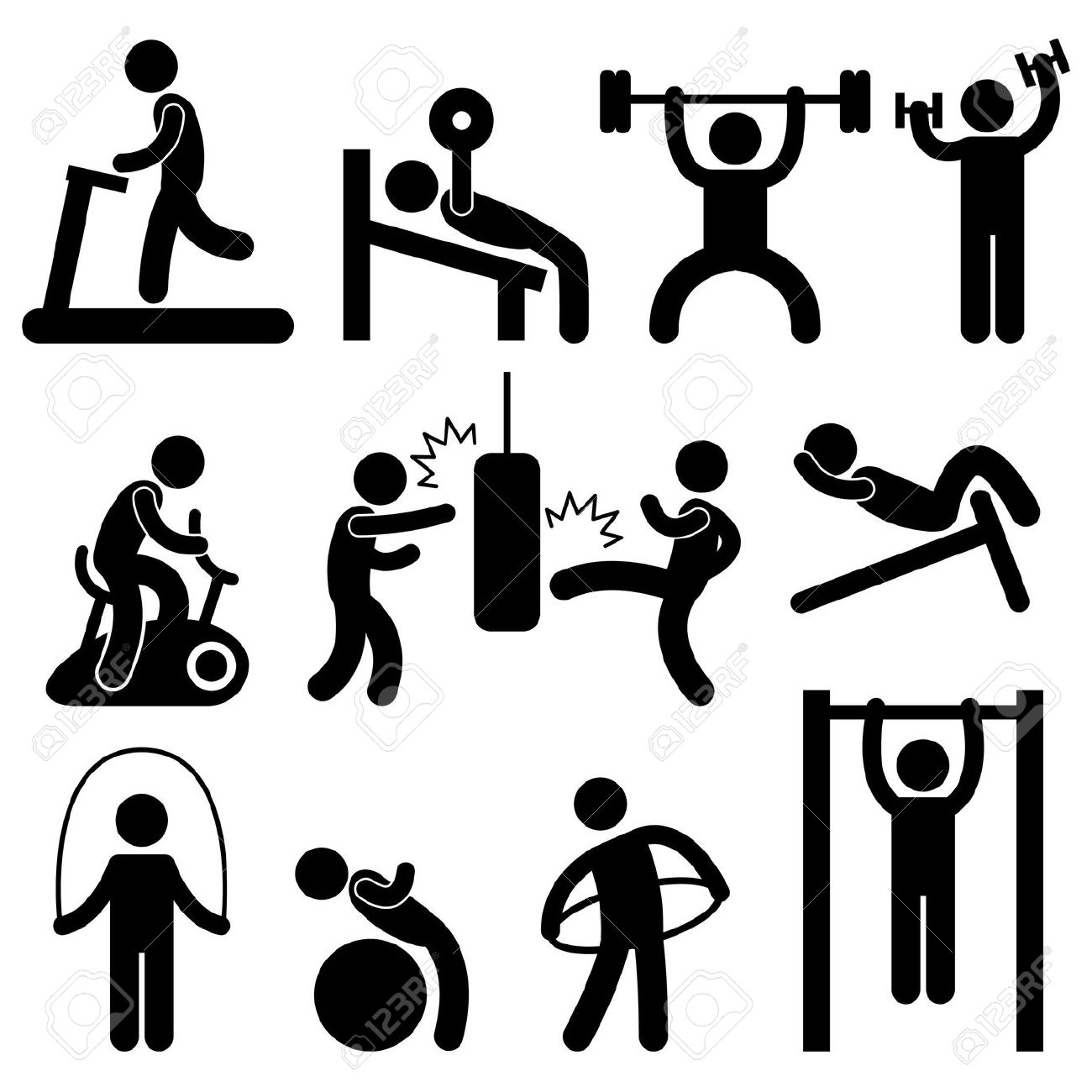 Want a good workout? Arnis is a great cardio and reflexes exercise. It may not involve you lifting heavy things but the exercises and drills can get your heart pumping. It’s like an aerobics class, you get to move your whole body while getting  a great upper body workout (yey arm day). You get to develop your forearm and hand muscles so you’ll get toned arms and shoulders.  But make sure you’re wearing protective gear since hardcore drills like hitting the wheels/bag can cause blisters and callous the hands. 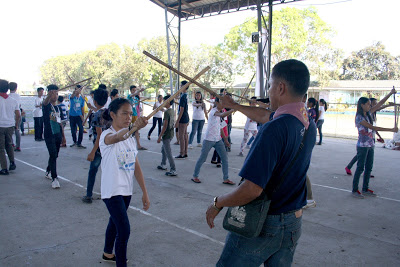 Discipline and Self Control

A major lesson you’ll learn in arnis, and any other martial art, is discipline and self control. You’ll learn to discipline yourself in actually showing up to class and practicing to learn and perfect the drills and movements so you can execute them seamlessly.  You also get to learn self-control in using what you’ve learn. Remember, it’s self-defense, not “I know arnis so I’m going to bet you up to show off”. Martial arts was never meant to be abused, so don’t use it just to hurt people. 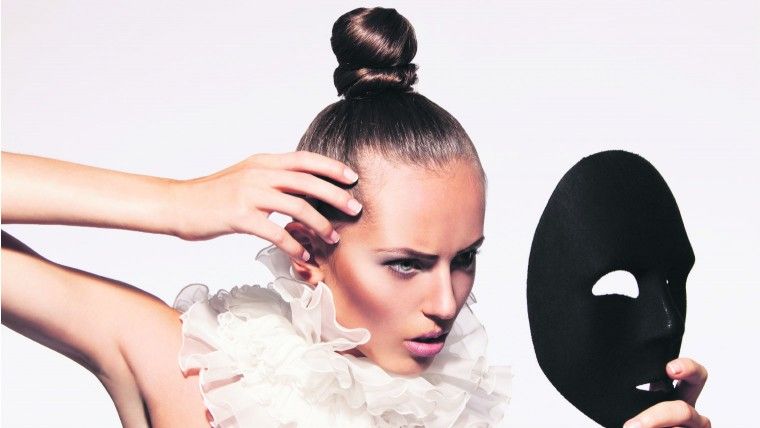 Exercise is correlated to good psychological well-being. Studies have shown that getting a certain amount of exercise within a week can boost endorphins, which is the neurotransmitter associated with feeling good and happy. It’s also connected to lower stress levels, which is great of anyone’s well-being. Learning martial art can give you a confidence boost. It gives you assurance that you’ll be ok and you’ll be able to handle a possible life-threatening situation and save your life and even someone else’s. 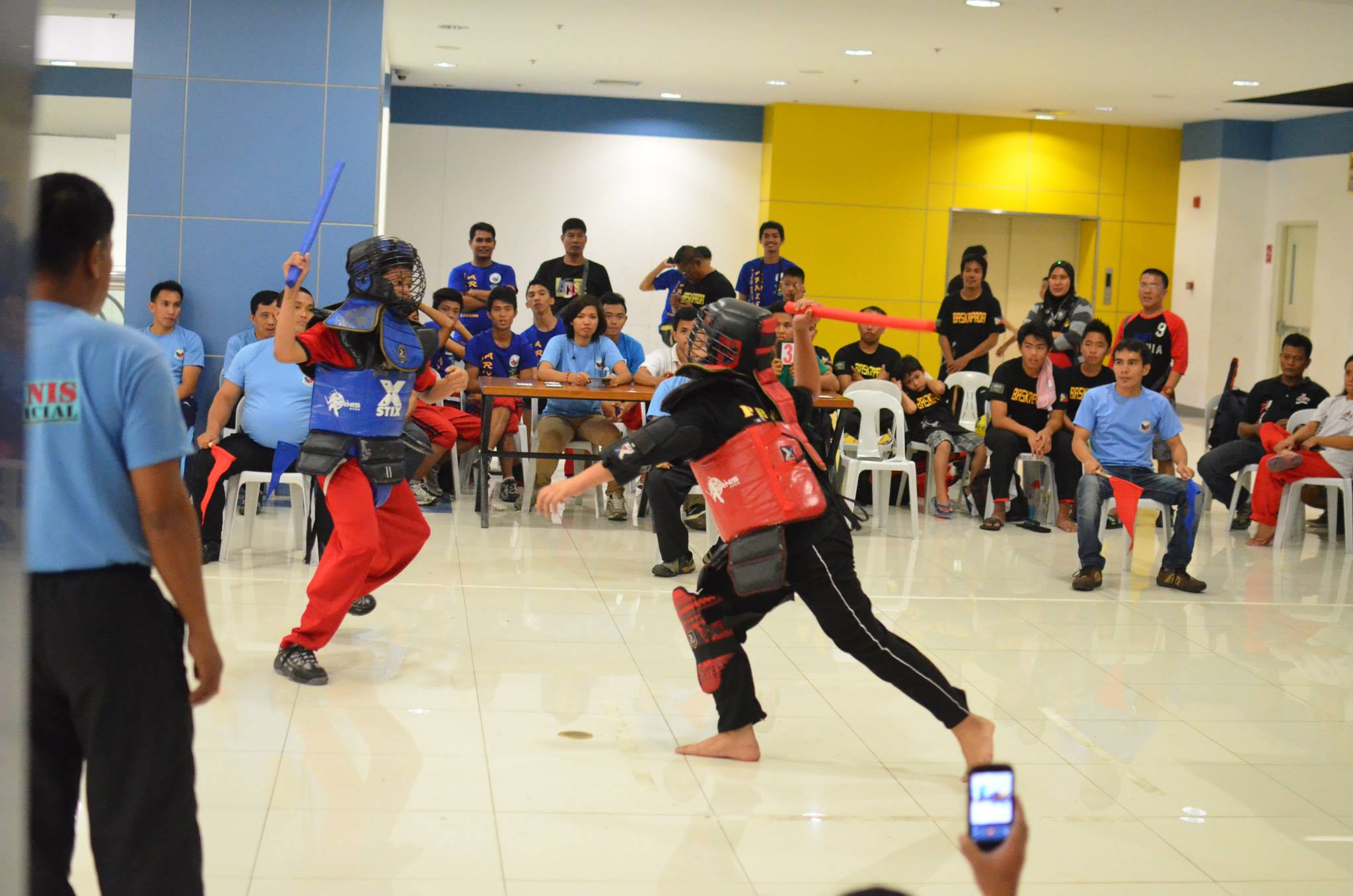 Keep the heritage alive by studying it. With arnis, different schools have different methods. Grandmasters often have their own specialties, and their students build up and continue the practice while adding their own styles. Since everyone moves differently, arnis is ever changing yet follows the same core principles. Think of it as a story that’s passed down from generation to generation, and by learning it, you can help continue the practice by teaching it to others.

Are you studying arnis? Leave your comments and share leanings bellow. Don’t forget to share this article.