To say, you need height to play the game of basketball is being naïve. Definitely, you need not only height to succeed. But since the goal is 10 feet above, the more your height rises above 5’0”, the better.

If you haven’t noticed, the average height in the NBA has changed since the almighty Jordan set foot on the court. Of course, we dare say it has also changed a lot since its progenitor Mr. Naismith has envisioned it and plucked it right from the ribs of football. Remember Shaquille O’Neal and the devastation he has introduced to the NBA. And least we forget, Sim Bhullar the giant of Indian descent is waiting his turn. He’s signed up already for Sacramento Kings but is biding his time at the D-league. Many believe he will introduce quite a few changes in the court. You see, he’s 7’5”. Ladies and gentlemen, if you want to know tall, here are the 10 tallest men to guard the paint in the NBA today. 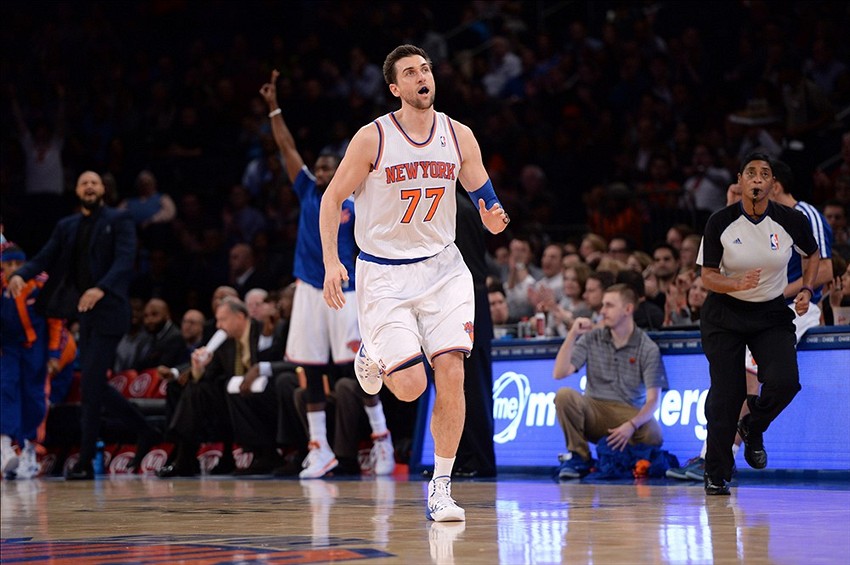 Yes, you got that one right. This center’s Italian and has been going around the circuits in Europe in games such as Italian Serie A and Euroleague. He gained notoriety as “Il Mago” or “The Magician” as he was instrumental in helping his former team the Toronto Raptors to reach the Playoffs in his first 2 seasons with them. Today he plays with Melo, the Great and the Gang. 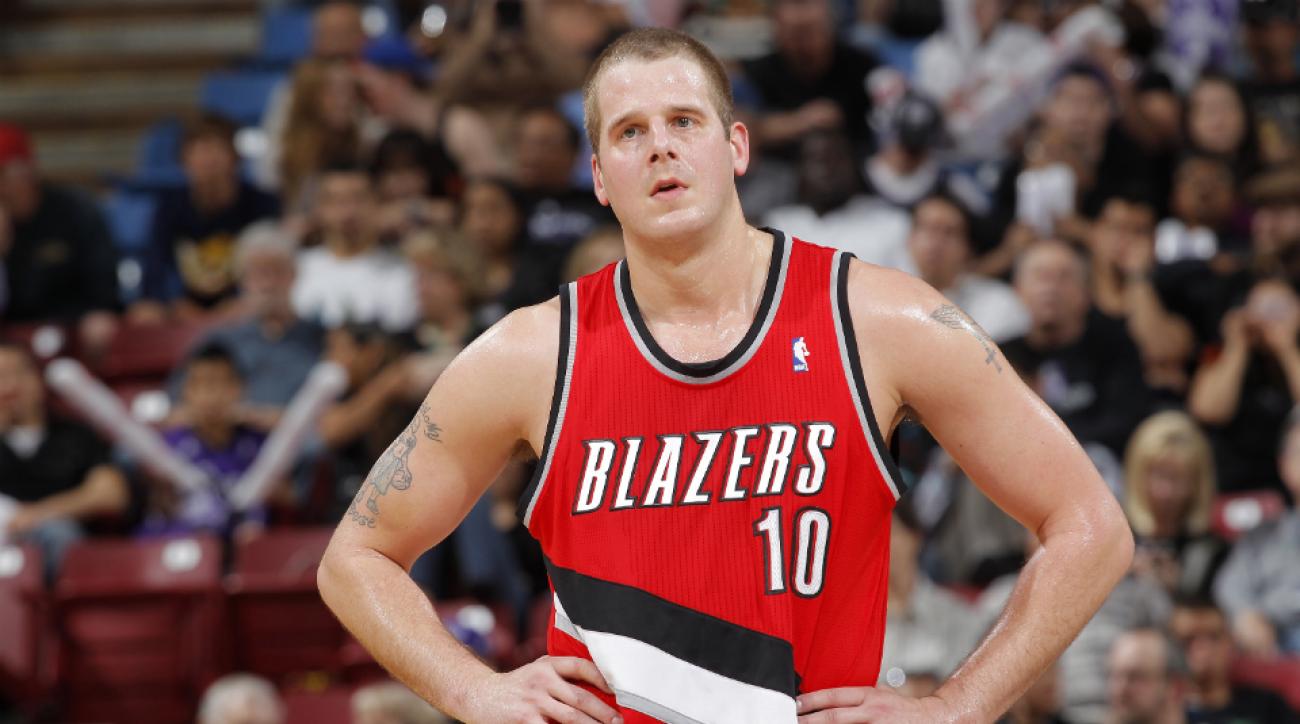 Technically this guy should not be included in the list since he made an abrupt turn for retirement last August 2014. But since many knows him to be one of the tallest last season and as his retirement is rather untimely, we rather not reassign his name to the doldrums.

For those who remember, Przybilla was fined in 2009 for doing a flagrant foul against Tyson Chandler. Unlike his big size, his salary last season is not as commanding totaling only a measly $1.35 million under the Milwaukee Bucks.

Current Team: out of commission 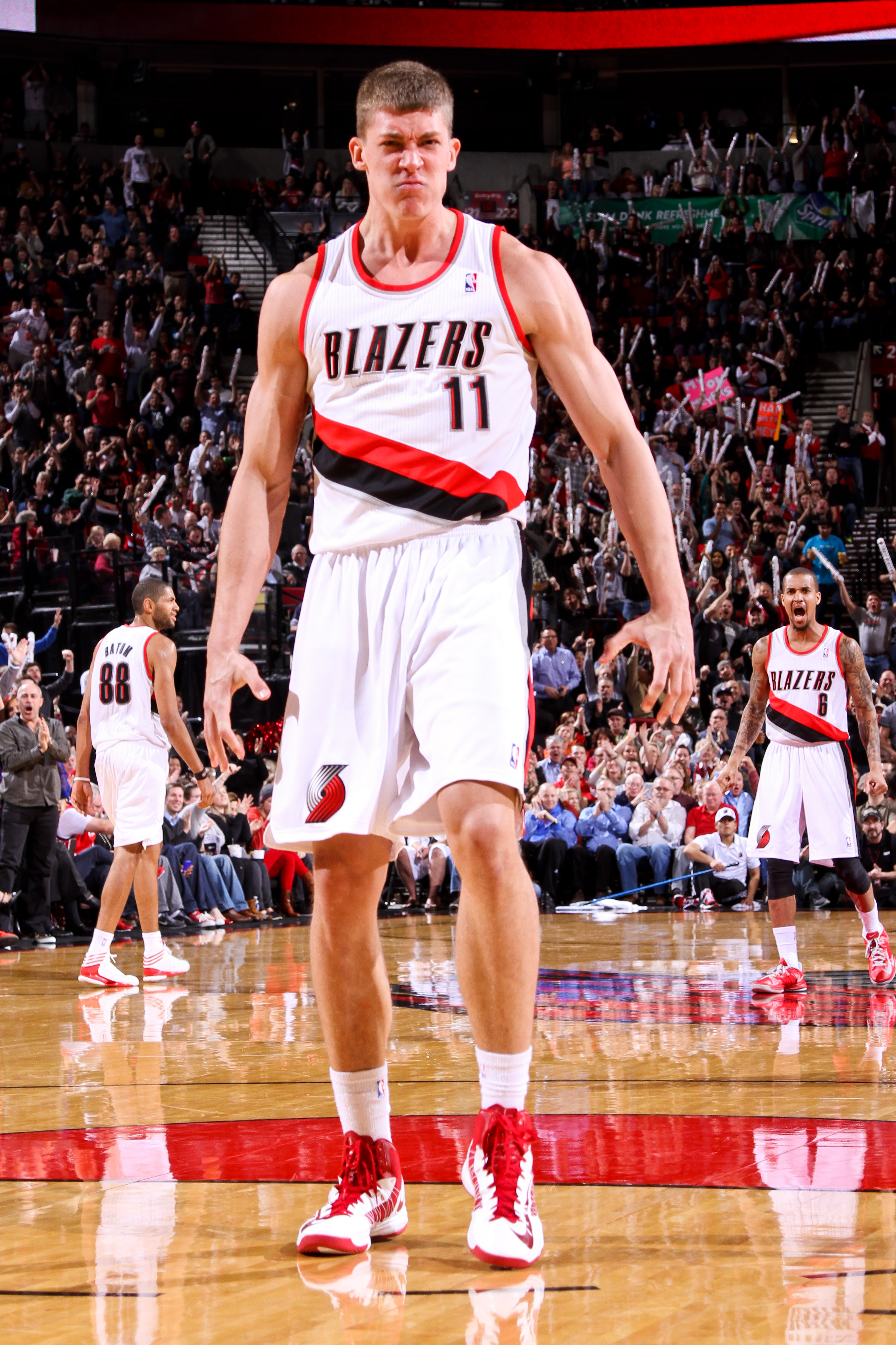 This Leonard has the making of a future superstar, a true asset of the Portland Trailblazer team. For somebody who lived in a surrogate family, Meyers Leonard has certainly come a long way. Signed to a 3-year $6.67 deal to the Blazers, this center is making $2.22 million per season. Not bad! 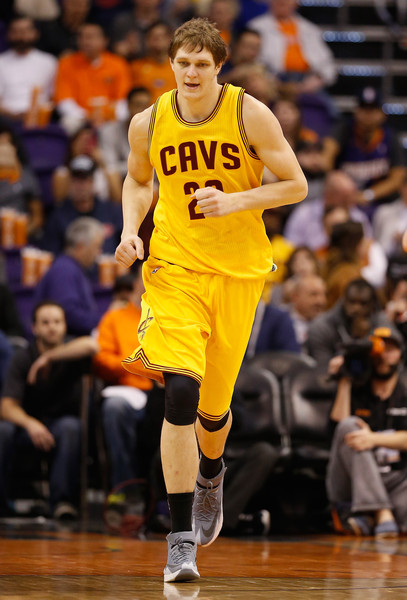 That combination of letters in a name could only be a product of Mother Russia and truly this Timofey is from the former superpower nation. He made headlines as part of the Russian national team who played in the 2012 Olympic Games in London, a competition where his team settled for bronze. He was traded to the Denver Nuggets after a brief stint at the Knicks. That mega-deal saw Carmelo Anthony where he is right now. In a 2-year deal, Moszgov is $4.4 million richer this season. For a tall guy playing center for the Philadelphia 76ers, you would not expect he’d love to debate on politics. But that’s exactly what this 25-year-old loves and careful not to to trash George W. Bush when he’s around as the giant will give you a verbal beating as he is an avid supporter of the former president.

To note, Hawes was a part of that gold medal-winning US Basketball Team in FIBA Americas U-18 Championship. In the NBA, he started his career by playing for the Sacramento Kings in 2007 but was traded to 76ers years later. Today, he is reportedly making $6.6 million a season. Not bad! 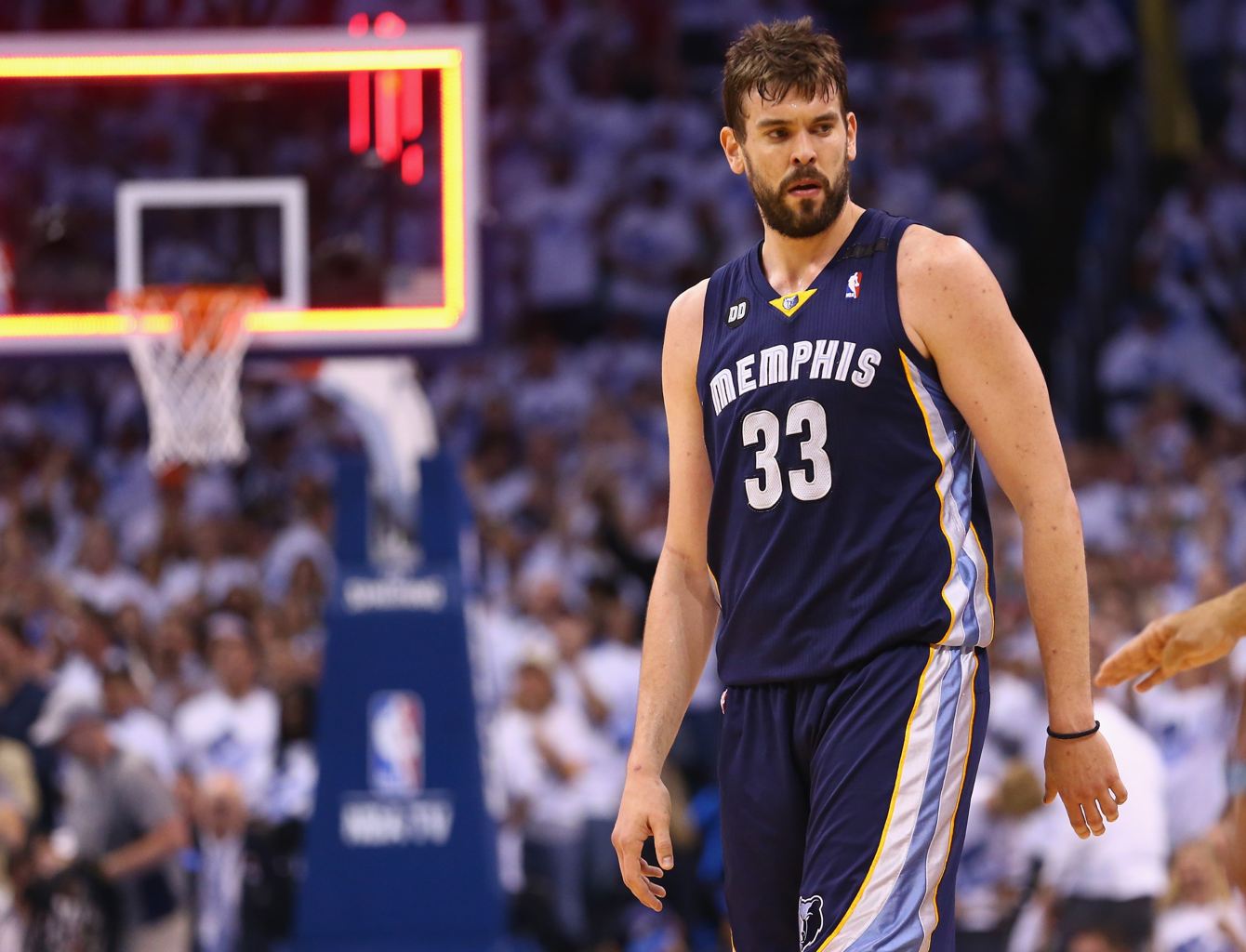 As big man playing center for the Grizzlies, this Gasol is definitely making waves. The 28-year-old star who came from Spain was one of the few to take part in the NBA All-Star team in 2012. The next year he upped the ante even more, winning the much-coveted NBA Defensive Player of the Year Award. And though he had a stint with LA Lakers in 2007 like his older brother Pau, he has since been traded to the Memphis Grizzlies.

Marc was a member of the team that won Gold in FIBA 2006 in Japna and his rebounding and scoring skills has earned him a $14.86 salary last season, something that should increase this year trend-wise. Amazing! 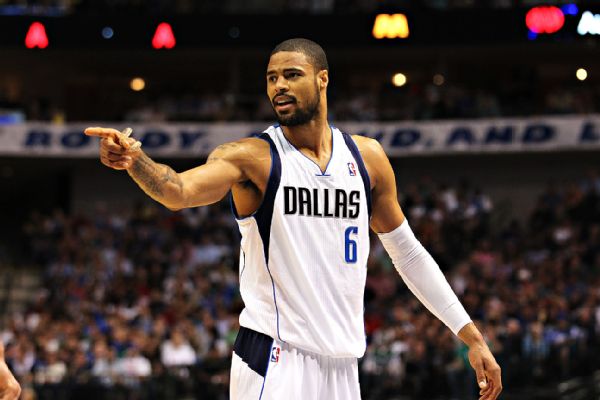 Currently wearing the #6 jersey of the New York Knicks, Tyson Chandler has played under many other teams perhaps more than any other center in this A-lister. These teams include his first, the LA Clippers, Chicago Bulls, New Orleans Hornets, Dallas Mavericks and Charlotte Bobcats. Representing the US he has also played under the banner in the FIBA 2010 World Championship and the 2012 Summer Olympics. Today, his stellar performance is making him $14.1 million richer per season. 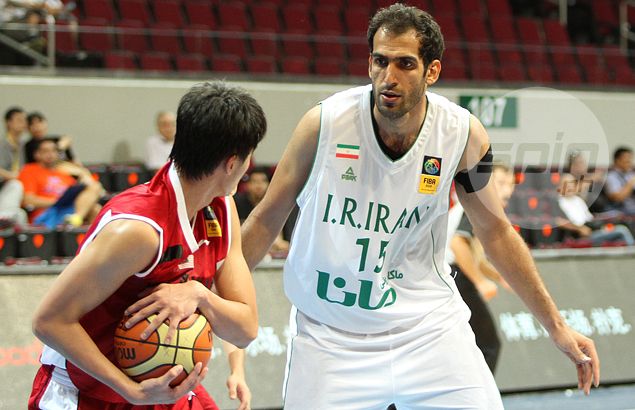 A familiar face to many Pinoys as Haddadi was the giant who was controlling the paint in the Asian Games eventually claiming Gold for his home country Iran. No wonder his moves are polished, he plays big man for 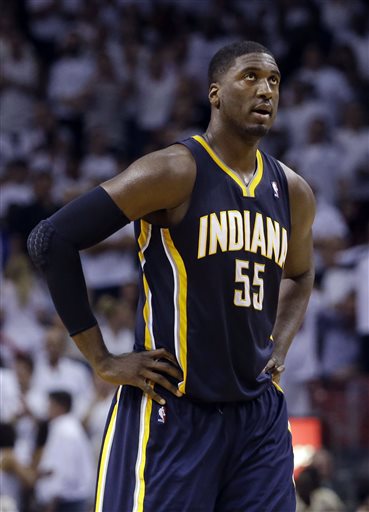 The center piece of the Indiana Pacers Hibbert have had a phenomenal last season. Problem was it started with a bang and ended up with a whimper with his dismal showing in the playoffs. With main man Paul George, the Pacers were but a few games away from the most-coveted trophy. Still, we can’t discount the ability for the man who holds a dual citizenship, one with Jamaica and the other with the US. And he’s raking the dough in signing a 4-year $58.37 million contract with the Pacers.
Seems he has a lot more weight to carry with PG out healing his wounds this season. 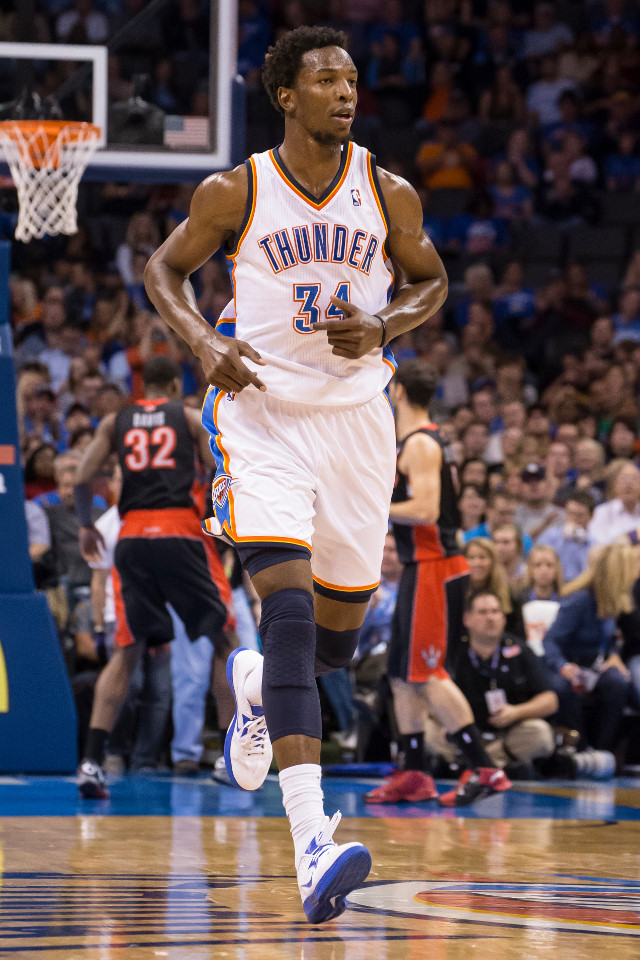 Definitely towering at his height, Hasheem is certainly making the United Republic of Tanzania his native country proud as he holds the distinction as the tallest of the tallest NBA players. And he has donned many jerseys too from Memphis Grizzlies to the Houston Rockets to Portland Trail Blazers and finally today he is playing side by side with last year’s MVP Kevin Durant in OKC.

However, the 26-year-old may still have some polishing to do as even with this gargantuan size he is the least paid of the tallest bunch raking in $1.2 million last season.

Show us your NBA braves. Drop your 2-cents at the magic box below dubbed the Comments Section and light the whole conversation up. And don’t forget for all of your social media fan-dom, just press the Quick Share buttons and you’re good as insured.