Careful, beauty can be blinding!How many times have your eyes caught a beautiful Pinay walking under the bright lights of Ayala or sipping Capuchino in some trendy American café. Yes, she must be an angel, a heavenly body paying Earth a visit. 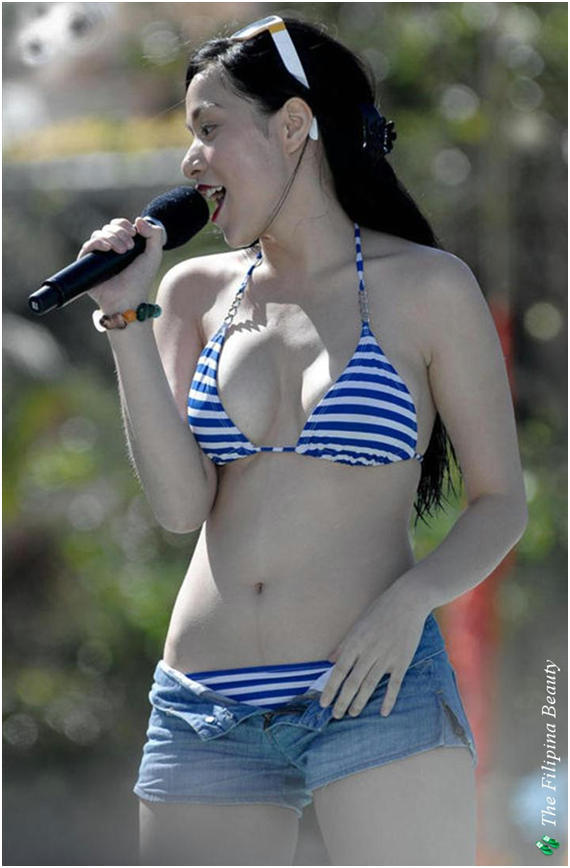 Looks like it, talks like it and feels like it. Up until she starts to leave. Oops! You’ve lost another one.
Gentlemen, this is not WWII where when you fail to act you might get sniper-fire, bloodied and all. Still, you feel your heart is sinking to depths unknown. But guess what – – no need to make that outcome a pattern. Here’s 10 ways to get a higher batting average in the approach department.

Yes, you heard me right. As a top-caliber mentor once said: “You do not lose what you do not have.” Ain’t that right.
Look at it this way. You don’t know her. If you don’t act, you lose her. In a world of billions of people, meeting her again might be pushing your luck.

If you act, you may still lose her. True. But you get a chance. That is all you need. And here’s the deal, an attractive Pinay will, more often than not, respond positively as it makes them feel good. They’re human too you know. And the worst thing that could happen is they walk away. Nobody will throw a glass of water at you. Unless you start groping! Yikes!

#9: Don’t ask for her number… better ask for this instead.

True, contact details is 50% of the dating game. Once you get the number, it’s safe to say that the rest could follow a natural progression. Now, getting straight to the point can best be left to the masters of the game as that is a bit tricky.

A better act is to ask instead for their emails. Emails don’t sound suspicious. They’re cool. No pressure, actually. Todays Filipina most likely have an email – unless you’re talking to a mountain girl. In which case you may need a little adjustment in the vision department.

And yes, while she’s busy writing her email for you, asking her to include her number would be easier than asking it outright.

#8:Don’t forget you may also use the “Do you have a card?” technique. Not only is this extremely low-risk, it’s super-classy. She’d think you are an executive of a modeling company or perhaps an entrepreneur looking to fill a huge bucket list of requirements.

But don’t celebrate yet. Most women won’t have a card as that is the territory of mostly sales people and entrepreneurs. Then, be ready with your “Just write one down now, I’ll wait”. Then this is important. Do not wait for her to get a pen and paper. Take out these writing materials and give it to her. That action will breed a quick response from her.

Well, if you want to impress her, give her your card. That should do it. 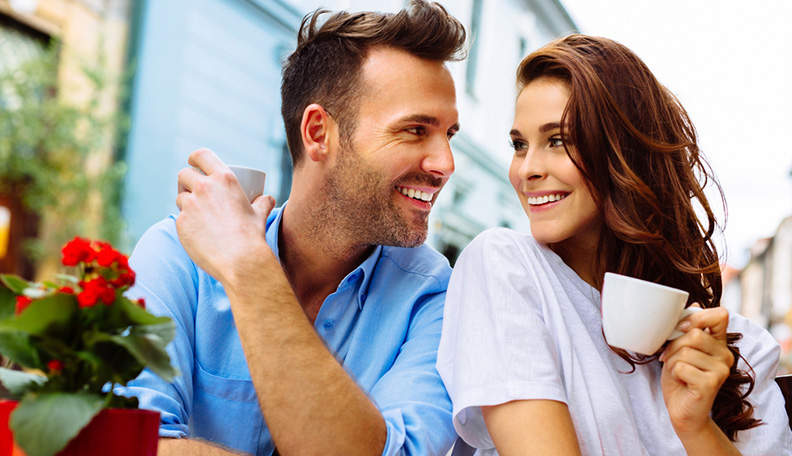 Any hesitation can be a deal-breaker. Once the lady gives you a go: “Ok, you can get my email”, you should move fast. Beaming with confidence – and not fumbling – take out your pen and give it to her. If you pause, hem and haw and what-not, she’ll get her branding mechanism on and in that space of time you could be labeled “dork”.

And as mentioned in the previous number, while she’s busy pushing the pen writing add: “Oh, and don’t forget to write you name and number too.” Ok. She’s holding the pen. She may not have given you permission to date her but she’s opening herself up to you – even for a little bit. So at that state, backing out would be next to impossible for her. And so you should have her number, her name and email before the day ends.

If you’re thinking everything will go as planned, then you’re in Mars and not on Planet Earth. Somehow, some of these beautiful ladies would give you a moment before giving you their details.

A classic: “But I don’t even know you and I don’t give my email to strangers.” That is a valid argument. But don’t bulldoze that one. Just do a little side-sweeping via a quick joke. A good one is: “Oh, don’t worry. I’ll only send you an email every five minutes starting next month.” Wow! Nicely done. The lady should be all-smiles.

Things can also do a u-turn and not go as planned. Don’t worry, your immediate goal is just to get as many emails as you can and not to land a date in a snap of a finger.

Careful, you could be that “harmless creature”, wishy-washy, approaching them all shy and innocent. That should be a sure-fire way to be slamdunked as a “possible friend” and they don’t take you seriously.

In this department, be upfront. Make no excuses. Show your killer smile. Do not disguise your intention: You are looking for a possible date.

A wuss-boy is good for talking but if you don’t want your newfound girl to end up alone with herself self-touching make your intentions clear.

#4: Don’t forget to practice. And practice some more.

You should put what coach says to hear: Practice makes perfect.

You think that’s funny. Think of it this way. Have you seen Liam Neeson or Mr. Wolverine Hugh Jackman? If you think their acting is superb, you might as well realize the nth time they’ve rehearsed their parts before the actual shoot. So gear up, before doing the battle, practice your lines and talk to imaginary friends. Use a mirror and get your act together.

No problemo, it will soon pay off.

#3:Don’t lose it. Keep your act together. 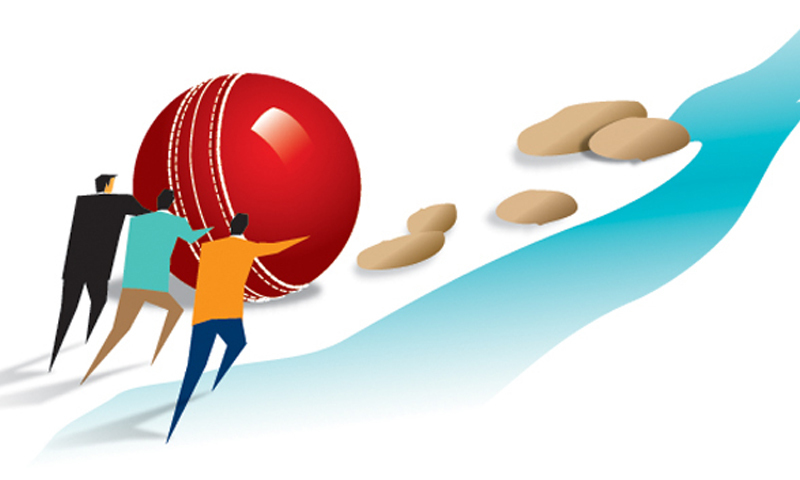 Now, don’t be so cocky. You will be only be a smooth operator, if you have placed your house in order. Truly, you won’t jump out of the plane if you hadn’t checked your parachute.

Same thing, before you do your approach, get your act together. The more prepared you are, the higher your chances of landing a good one. Of course, you don’t have to be a James Bond but you need to display basic grooming. No woman – a true blue Pinay including- would want to shake hands with a person who has not even had his nails trimmed or have not even had a bath for weeks. Yikes!

And check your weapons: a pen, pieces of paper and if you have one, your card. And you’re ready to fire!

The worst thing you can do is to blast her with questions that are the territory of stupid. You have just known her in matters of seconds or minutes so asking her out is definitely out of the question. Or for that matter, dangling a query that says: “Do you have a boyfriend?”

Just bide your time. You’re programming yourself to fail if you do. 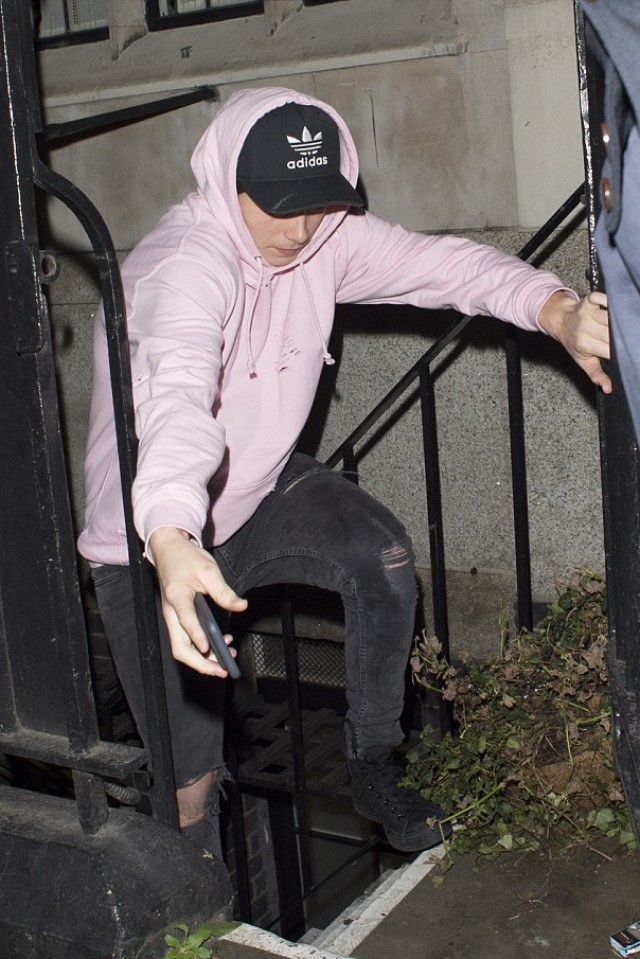 Yes, this is the golden rule. The more you talk, the more you blow the situation. KISS. Keep it simple (stupid) and short. So once you got the card, the email details, the number, scram.

Don’t give her the smallest excuse to dump you. Once you start your jibber-jabber the lady will automatically scan your little show for reasons not to meet up.

A classic exit is: “I have to get back to my friends.” Then turn and leave. That leaves her thinking you’re somebody who is not a creep and has an exciting life. And not somebody who needs her comforting like one sad puppy.

And as soon as you have her info – and those of 30 more – then you can schedule who to call first at the time of your choosing. Wonderful!