What If These 10 What-ifs Truly Happened in the Philippines?

Every big event in history is the result of many tiny bits of decision rolled into one. Like a canvas of painting, a microcosm of seemingly unrelated events contribute in one final picture that would astound us. But what if the main protagonists at the center of history decided otherwise? Would we still have the same ending?

Or by some stroke of bad luck, things went differently.

Below are 10 of the most puzzling scenarios in Philippine history. Highly intriguing but also highly possible. Had these happened we might not be where we are now and may end up a different nation altogether.

#10: Jose Rizal was Rescued from the Spanish Authorities 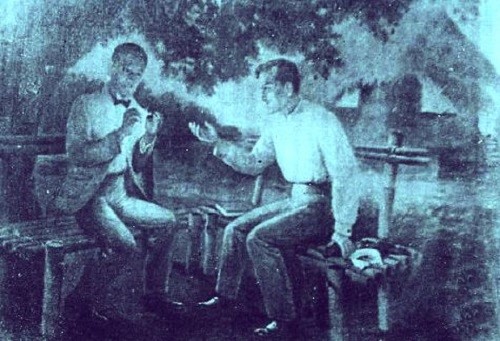 Had Rizal chose to escape from the clutches of the Spanish government would he still be our national hero? More importantly, would we have gained independence from foreign rule by the turn of the century?

History would tell us that there were a couple of times when Jose Rizal was rescued. Had he given in to the whispers of safety he could have evaded the painful execution at Bagumbayan. Exiled in Dapitan, Dr. Pio Valenzuela egged the hero to make a run for it as a ship bound for Japan awaits him. The punished leader refused wanting to honor his promise to the Spanish authorities not to escape. Most praise-worthy!

In the 2nd attempt, it was no less than the Great Plebe himself Bonifacio along with his most-able 2nd in command Emilio Jacinto and a host of other Katipunan officers, convinced Rizal to escape from the Cuba-bound ship that has him hostage. Again, Rizal refused.

The 3rd attempt transpired in Singapore where compatriots loyal to his cause hired an English lawyer hoping to secure Rizal via a writ of habeas corpus. If successful, these freedom-fighters would have pried Rizal from the Spanish warship that held him in prison. He was bound for Fort Santiago. However, the judge handling the case aptly denied the petition saying the court has no jurisdiction over the warship.

#9: Andres Bonifacio was Not Executed 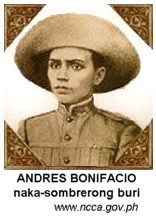 Wuld we be able to wrest power from the Spanish authorities had Andres Bonifacio not been executed by his fellow Katipuneros?

The clash of the Magdalo and the Magdiwang factions of the KKK was an epic portion of our history. Would the great general Aguinaldo still become the undisputed leader of the revolution if its Supremo and founder, Bonifacio was not killed and reportedly beheaded? No one really knows. What we know today is that both men have their places in our history. One as the first president of the republic, the other as a most-celebrated national hero, 2nd only and sometimes eclipsing the more learned Rizal.

#8: Emilio Aguinaldo was Captured by the Spanish 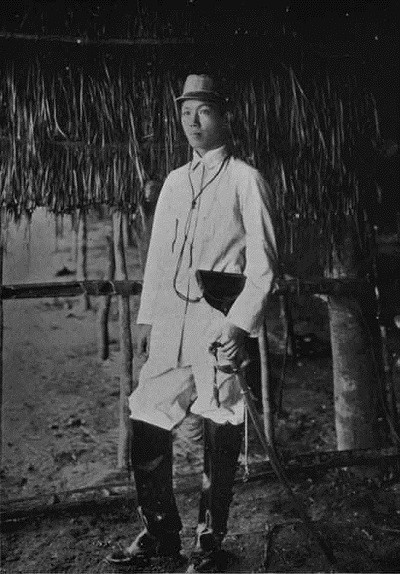 No doubt, central to the Spanish resistance is the dynamic leader in General Emilio Aguinaldo. His military abilities were impressive as his victories would show. However, his untimely demise could have hugely bogged down the insurrection, if not stop it dead on its tracks.

Aguinaldo’s genius shone against the Spanish general Ernesto de Aguirre. Although suffering defeat in their first encounter, a bloody event that took many Filipino lives, Aguinaldo manage to survive playing dead among the corpses. Instead of finishing off his enemies and pressing the attack, the Spanish general withdrew wanting to get more men.

Aguirre was not so lucky the next time as his forces suffered a resounding defeat at the hands of Aguinaldo’s mean.

#7: The US Didn’t Pass the Treaty of Paris

Our History subject, granting we still recall our high school days, will tell us it was in 1898, at the close of the century, in the Treaty of Paris that Spain officially ceded the Philippines to the United States selling the country for a sum of $20 million.

That seemed like a huge win for the only superpower nation today. However, the road to the signing of the treaty was littered with roadblocks as many anti-imperialists in the US Senate were opposed to the deal. Although a majority vote of 57 to 27 passed the treaty, initially the legislative body was deadlocked. Thanks to the wily machinations of Senator William Jennings Bryan who utilized his political clout to make other senators change their mind that a majority vote was reached.

Bryan has his personal reasons but had the treaty not pushed through our history will definitely be altered and we may not be occupied by the Americans during the war. With strong-arm tactics and bribery, the French were set to make Basilan their territory in 1844 wanting to establish a base within easy reach to China. First Admiral Jean-Baptiste Cecille forced the datus of Basilan to sign an agreement declaring the land as independent of Spanish rule. Next, the Sultan of Sulu was paid 500,000 French francs for the island.

Angered, the Spanish filed a formal protest delineating that the island is part of the Philippine archipelago. Not wanting to see its European neighbor prosper, the British also sent their warships as a show of force to support the Sultan of Sulu.

#5: The Japanese Invaded Before WWII 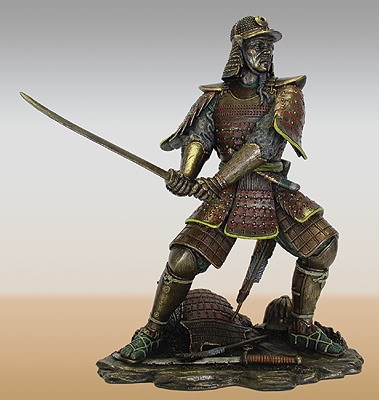 Unbeknownst to many, the Japanese were already planning to invade its neighboring countries China, Korea and the Philippines included way before Hitler ever declared war on the whole of Europe.

To be exact, 300 years before WWII, the great Toyotomi Hideyoshi a very ambitious Japanese military strategist wanted to expand Japan’s territory seeing it as a useful tool to unify his nation. Towards this goal, he sent expeditions to Korea to put his plans into place. He also demanded Spain pay him a tribute or he will invade the Philippines. Not wanting to wage war, Spain sent envoys to the Japanese emperor to appease him. Lucky he died before his plan were set to motion.

He was one of the most loved president of the Republic of the Philippines but Ramon Magsaysay’s term ended before it bloomed as the president was caught in an untimely airplane accident after visiting Cebu. His plane crashed in the 14th of March, 1957 on the slopes of Mt. Manunggal in Cebu. The picture above shows the ill-fated president hours before the accident. What would have happened had he stayed in Cebu for the night as he was invited by Mayor Sergio to do so? He may have avoided the accident. We’ll never know.

#3: African-americans Resettled Here in the Philippines 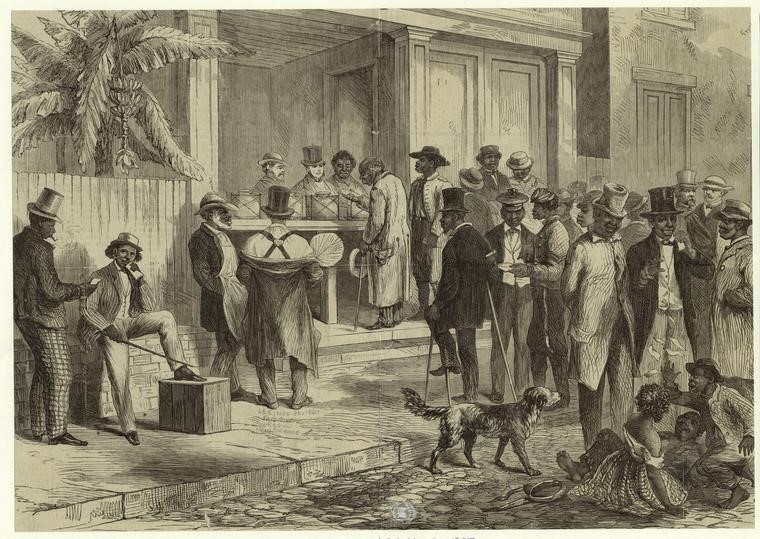 Call it a stupid idea, if you will. But that was exactly what segregationist politicians wanted to happen to solve the Negro problem. Relocating the African-Americans in the Philippines would bring them Negros closer to their habitat and would show Pinoys the benefits of being under the rule of the great American nation. So argued Alabama Senator John Morgan.

Assessing the possibility, President Teddy Roosevelt then sent a commissioner to study the possibility. Although the prospects seemed bright for the commissioner, the plan never pushed through as many Pinoys felt superior to these black people, then Governor-general Howard Taft remarked. Secondly, complicating matters, these African-Americans are already US citizens already and must first give their consent to be relocated. End of story.

#2: MacArthur was Unable to Liberate the Philippines 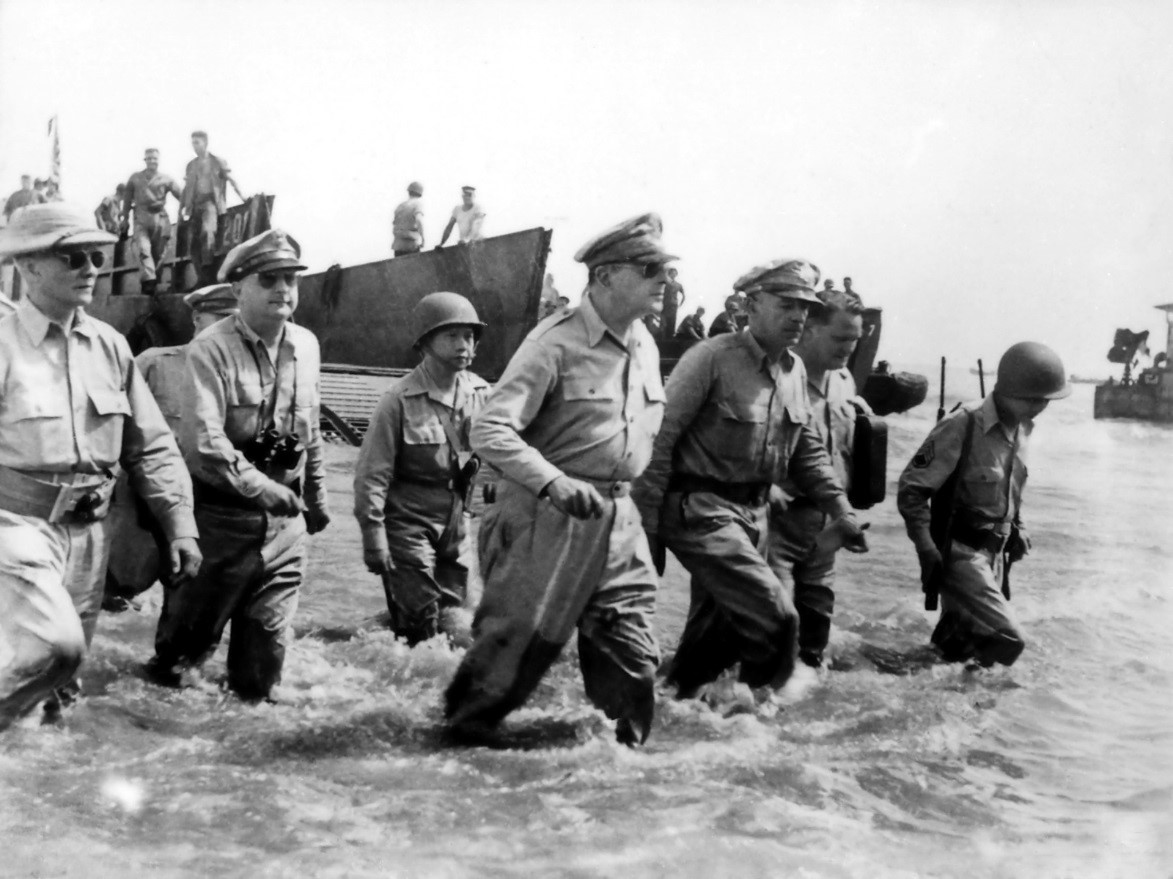 There are a hundred ways to skin a cat. And in their bid to regain the islands, the Americans had to balance their war efforts. Gen. Douglas MacArthur maybe considered a hero by every Pinoy for fulfilling a promise. Many Pinoys beam with pride when remembering his “I shall return” phrase.

But as heroic as his plan maybe, it may not have been successful. Other American generals had other plans with some just wanting to invade Mindanao. Still others wanted a more direct approach in fighting the Japanese pushing to forego the Philippine archipelago and occupying Formosa and Okinawa instead. MacArthur had to plead his cause emphasizing that not helping the Philippines would be a political disaster for the sitting American president. 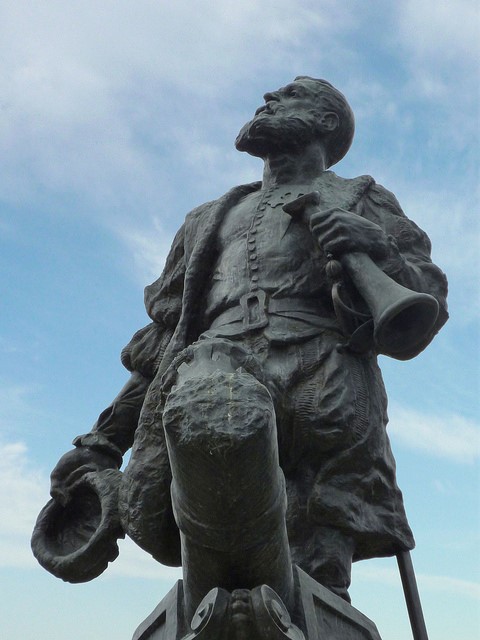 The voyage of the explorer Ferdinand Magellan opened the Philippines to the West making possible the eventual subjugation of its people. But the voyage of thousands of miles by the spirited Magellan was beset with a lot of challenges from the onset. Fact is, it was nothing short of a miracle that he was able to accomplish what many would have found impossible.

Before he ever sailed and claim his legacy, Magellan was already a marked man. The persistent sailor caught the ire of the Portuguese monarch, King Manuel I as Magellan switched loyalty to the Spanish throne to finance his expedition. While more diplomatic means were exhorted via agents who tried to convince him, reportedly orders were given to have the Portuguese sailor assassinated.

Even when Magellan already set out to sea in 1519, navy ships were dispatched to chase and try to stop him under orders by the Portuguese king.

To confound these things, Magellan did not enjoy full loyalty from his crew as various captains and crew, most of whom were Spaniards, resented their Portuguese leader. Things came to a head in April 1520 when a mutiny surfaced. He may have subdued the hotheads but at a great cost as he lost 3 of his 5 ships.

The great explorer managed to arrive on Planet Philippines. Of course, history will tell us, his voyage made him pay the ultimate price. His ambitions to go back were dashed by the bravado of a local chieftain named Lapu-lapu who in a battle shrouded with mystery killed him.

Please find the Comments Section below handy for your 2 cents. No, whatever it is, it’s most definitely acceptable. As long as it’s written in alphabet and not Arabic or Chinese. Ahaha. People could be against what you’re about to write but no worries as it’s exactly why we want to hear from you. And yes, do your social media a favor by sharing the story using the Quick Share buttons.

Tags: Historyhistory in the philippinesPhilippine History