UFC endeared itself so much to the Pinoy audience, our own breed of champions are slowly coming out of the woodwork. And yet, of all the fights that has displayed the winning qualities of the new bloodsport of today, there are a handful that stand out like a sore thumb. A must-see for a true Pinoy fan.

Dana White’s UFC filled in a great void in the mixed martial arts market. Though the sport may be a household word today, thanks to technology, it took time before it caught its professional look. How do you expect to put rules in such a bloody sport? When truly, unlike the more sensationalized largely scripted WWE, participants may suffer from all the harshness of a full contact competition. But, UFC not only set the stage for the sports to bloom and capture the imagination of the world. 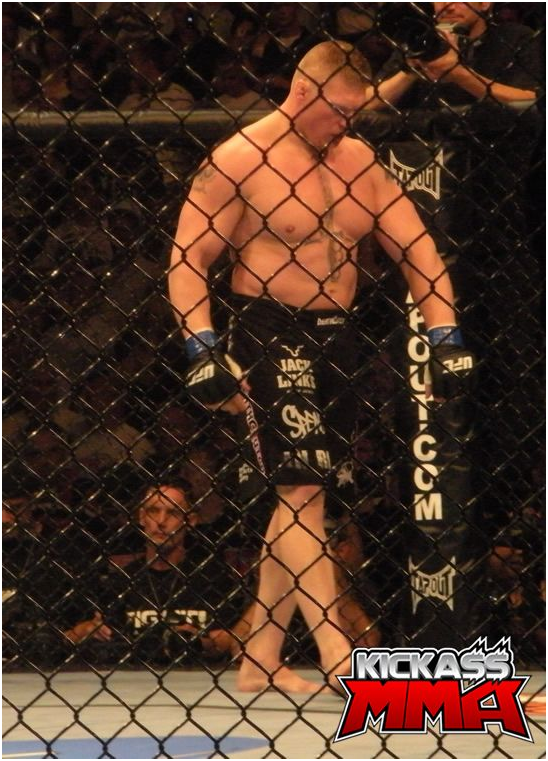 Ladies and honorable gentlemen, every Juan, the top 10 most awesome finishes in the history of UFC: 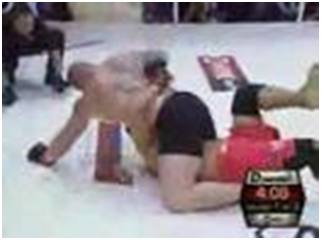 Wow! This one just blows me away. Many were ecstatic about this fight, a classic match-up from a much-respected champion Brock Lesnar and the submission expert UFC champion Frank Mir.

It was Brock’s baptism in the octagon as he had fought most of his fights in McMahon’s WWE. However, in spite of the fact that Lesnar was winning with his mighty fists, the fight went to Mir via a kneebar making the goliath from WWE tap in just 1:30 of the first round. This earned Mir the Knockout of the Night. 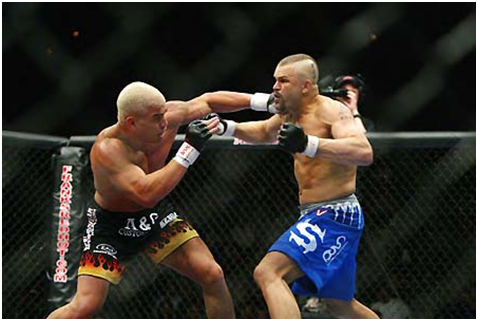 A fight between friends. Tito Ortiz, had been phenomenal and had become the organization’s biggest start with his wins and crazy antics. However, there was one fighter, a rising star, that many pundits thought Ortiz was running away from – for about a year.

Thus, eventually the two were locked in the octagon in UFC 47 and truth to tell, the fans were not disappointed. In the 2nd round just 38 seconds after the start, Lidelllet fly a barrage of punches that sent “The Huntington Beach Bad Boy” kissing the mat, a finish that signified a changing of the guard in the light heavyweight division. 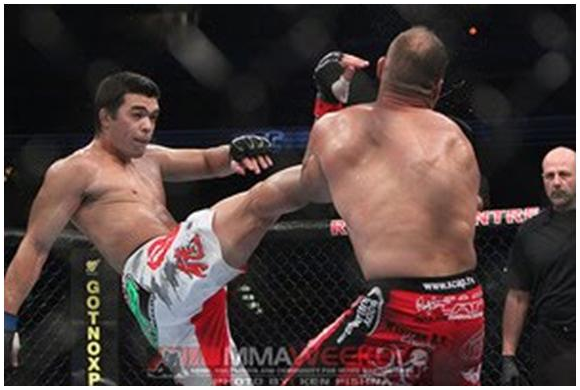 In Toronto’s Rogers Center, a highly-anticipated showdown between MMA legend Randy “The Natural” Couture” and Lyoto “The Dragon” Machida was witnessed by a 55,000-strong audience.

In what seemed like a karate-kid inspired front crane kick Machida sent Couture effectively into retirement as the legend went tumbling to the canvas. 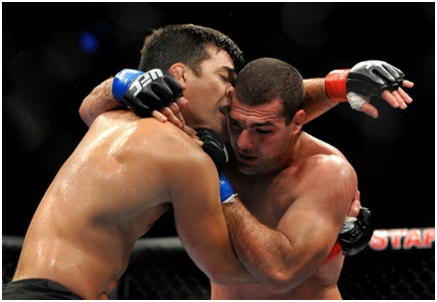 This is sweet revenge for Maricio “Shogun” Rua as this rematch saw him landing a vicious left hook less than 4 minutes into the first round sending Machida down into the canvas. Not taking any chances, Rua dove after the UFC light heavyweight champion landing in a full mount and unleashing a barrage of ground and pound that made the referee step in.

It was Machida’s first loss, something that many thought should have happened seven months earlier if not for a much-contested judges’ card. 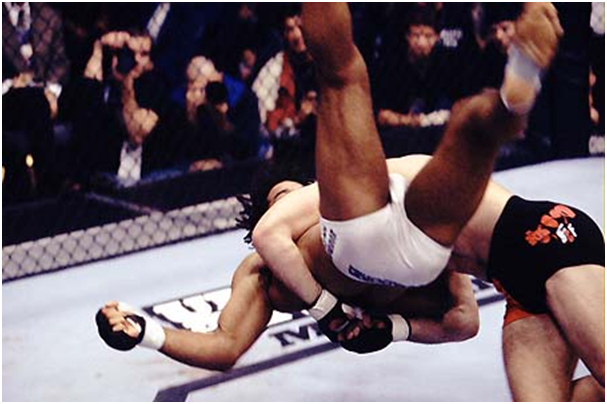 This is as unexpected as it gets. Carlos Newton was the man to beat in 2001 as the reigning UFC welterweight champion. And it seemed Newton was destined to give his challenger a tough time with a triangle choke.

But Hughes just won’t accept defeat. Standing up even with Newton’s legs around his neck, Hughes pinned Newton directly to the cage and in a wink of an eye, slammed down the champion straight down to the canvas. Newton lost consciousness and in the process his belt. Hughes would defend the belt 7 times over 2 reigns. 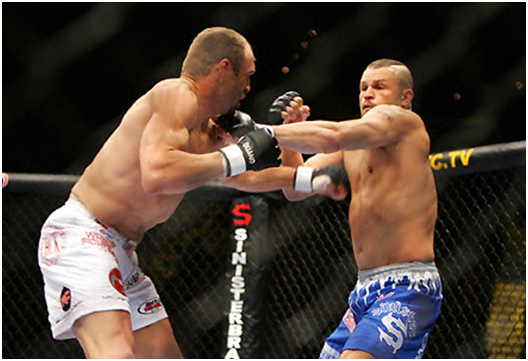 Chuck may have been left disappointed over his defeat by Couture two years prior UFC 52. But this time, he won’t be leaving the ring without the UFC lightweight champion. Thanks to Couture’s straight punch, he got himself exposed to the devastating right of “The Iceman”, sending the legend to the canvas. 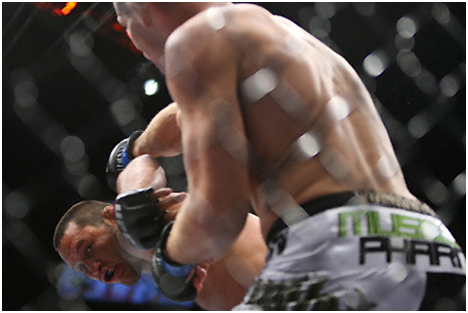 Talk about completely losing it! Not only was this fight the most star-studded event, the jump-packed crowd became witness to one of the nastiest KO to ever take place in the octagon ring. A powerful right hand sent the brash Brit Bisping straight to the canvas with such strength the European admits he had absolutely no recollection what happened. It was Bisping’s first KO ever. 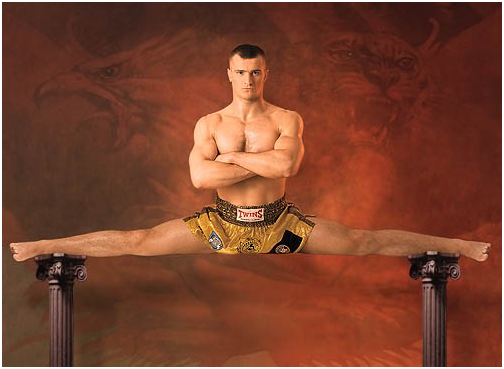 This is 2007’s KO of the Year for its ferocity. At UFC 70, 2006 World Grand Prix Open-Weight champion Mirko faced Gabriel Gonzaga, a jiu-jitsu specialist. And many were caught by surprised with what transpired. For things went on a reversal, Cro Cop – known master of the kick KO himself – was sent to the canvas via a beautiful head kick. This event marked the start of Cro Cop’s less-dominant showing in the MMA. 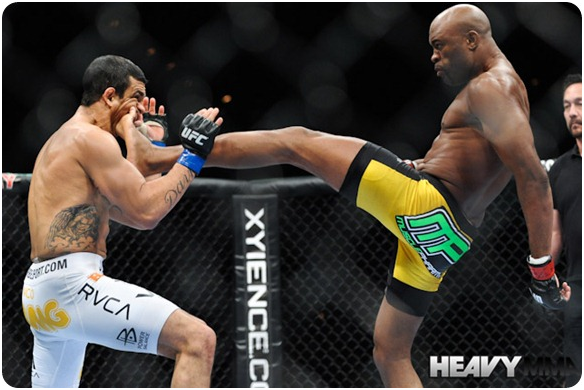 Anderson may never be equaled in fluidity of his strikes and his finishes are one of the most vicious in UFC’s history. Faced with a fellow Brazilian in defending his UFC middleweight championship belt, the Spider seemed to maintain a safe distance with Belfort. Suddenly, out of the blue, he unleashed his left leg straight unto Vitor’s face, collapsing the jiu-jitsu expert to the canvas. Silva put the final touches but the fight was all over. 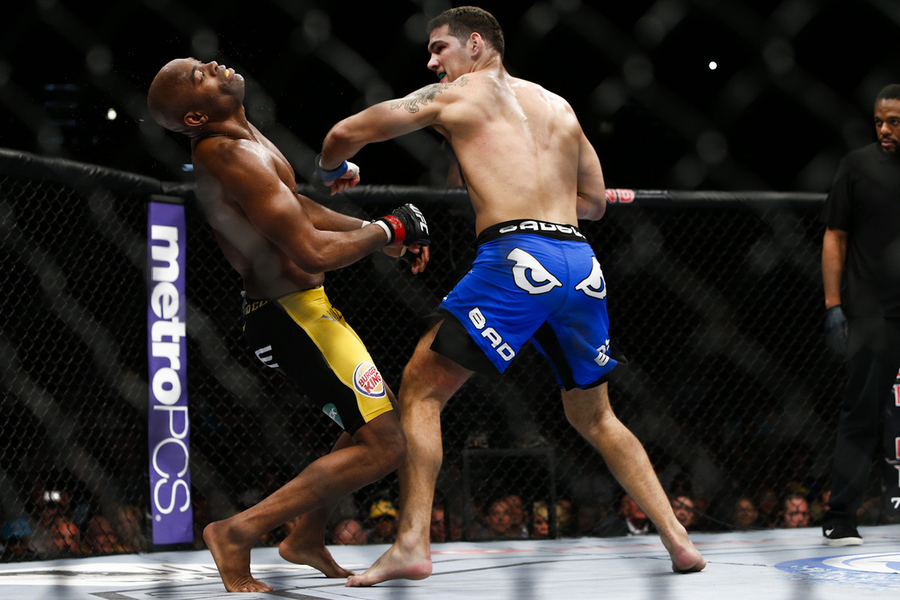 Yes, this is 2013’s KO of the year and may as well be the most beautiful KO of them all in UFC history for its utter unpredictability.

Enough said as I never liked The Spider Silva losing. For the longest time, he was the biggest draw in the UFC.
Should you want to push some buttons, press the QS (Quick Share) and let your fan-dom help themselves to the biggest fights that should be watched by every Pinoy UFC enthusiast.

And we do want to get your side of the story, please find our little magic box handy, or more commonly-called as Comments Section.